We have returned from Germany, with a trophy! Team Bold Hearts secured 3rd place at the 2015 RoboCup German Open competitions. 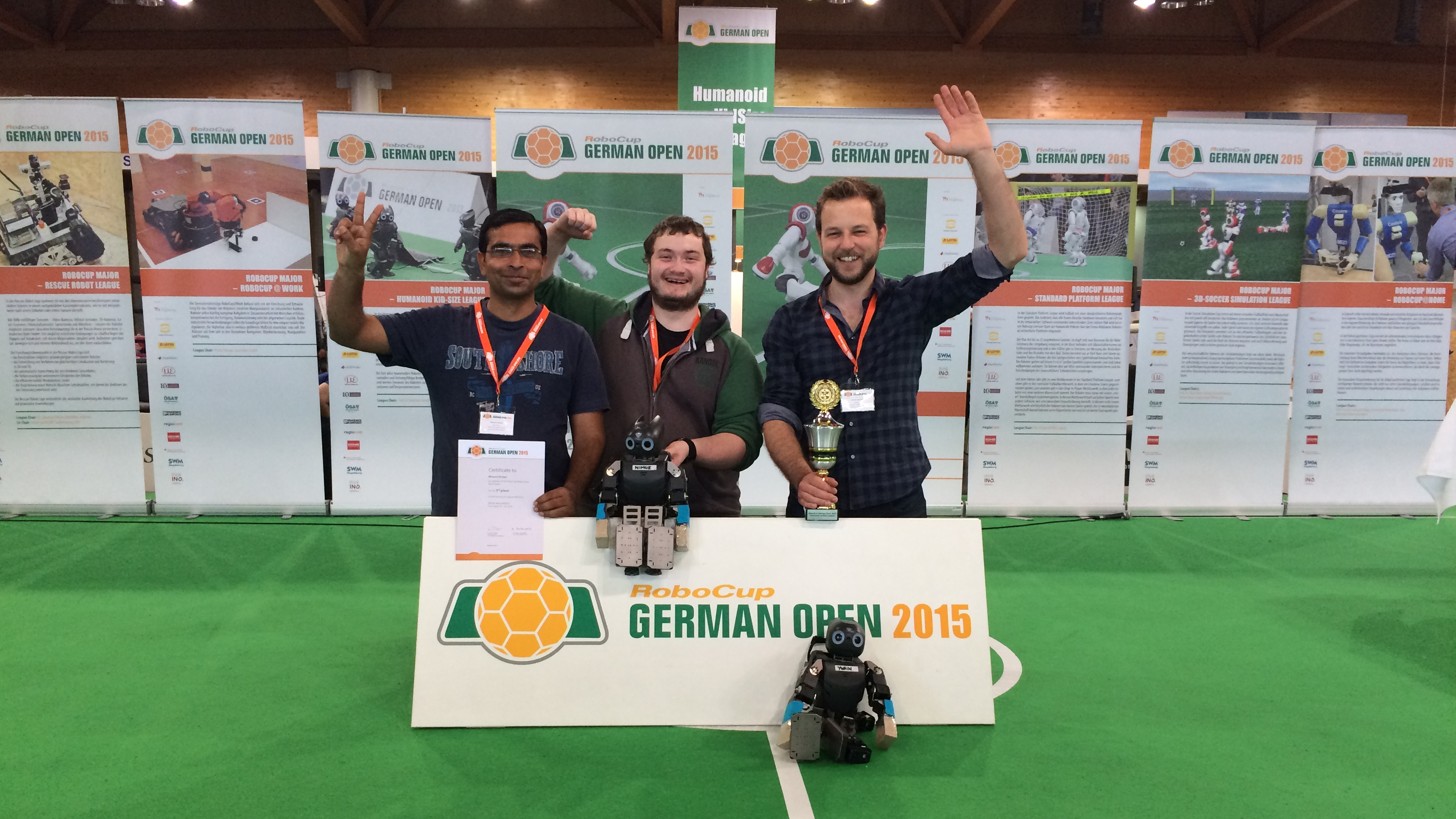 It did not come easily, however. As mentioned in the previous post, a lot of changes were made to this year's rules, and the one that by far proved the most challenging to all teams is the move from flat carpet to artificial grass. Our robots were bewildered by the first sight of it, and just started rolling over continuously when we put them onto it. The turf is rather soft, so their feet would sink into it, making them lose their balance quickly. And worse, with their hands sinking into the grass slightly too, they weren't even able to get up again!

We were not the only ones with difficulties: up until the final match, none of the teams were able to stay stable enough to get the ball anywhere near the opponent's goal during regular game time. This meant the games were decided by penalty shootouts. Now, 'shootout' is a bit of an optimistic description, because also here robots were struggling to stay upright. Still, Ywain made us all proud by dribbling the ball into the goal in the decider for the first round, with only 2 other teams managing the same feat!

In the semifinal unfortunately he did not manage to do the same. Neither did our opponents, team Photon from Russia, but they got the ball 12 centimeters closer to the goal, which decided the game in their favour, and had us play for 3rd place against the WF Wolves. Once again, it went down to penalties, and to who got the ball closest to the goal, but this time the 15cm difference was in our favour, meaning we got to take the trophy for 3rd place back home to England!

We have learned a lot during this competition; mostly that a lot needs to be changed to be able to play some proper games again in China. Back to the drawing board!