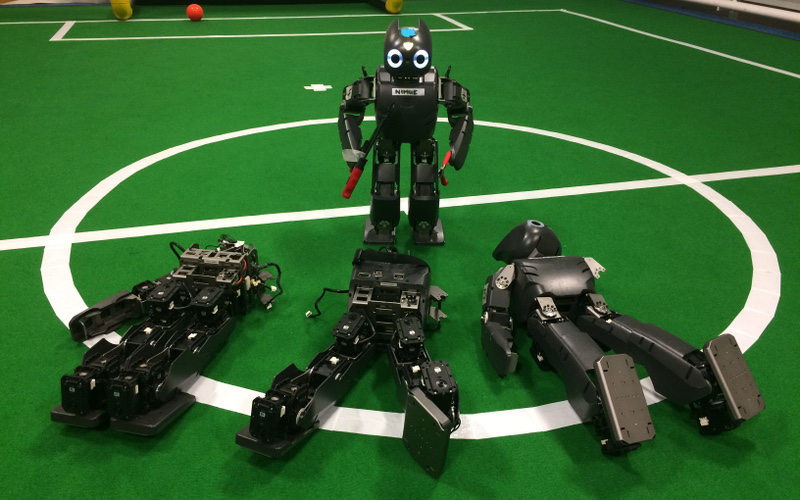 The new RoboCup season is in full swing. Last week the 2015 Iran Open took place, in which team Parand took first place in the Kid Size league (and in the Teen Size league), in front of German teams Fumanoids and the Hamburg BitBots. Congratulations to them! We had qualified for the competition as well, and were hoping to represent the UK in Tehran like last year, when we won third place. However, unfortunately we weren't able to bring together enough members of our team (human and robotic), so we had to miss out.

This was the first competition where this year's rule changes were applied. No longer can we rely on nicely colour-coded orange balls and yellow goals: these are now replaced with more realistic patterned balls and white goalposts. And on top of that, the playing surface this year is artificial grass rather than conveniently flat carpet! The low goal counts during the Iran Open show that these changes are very challenging for everybody, including the Bold Hearts.

To try to make up for the missed competition driven, adrenaline fuelled spurt that usually happens during a championship, we came together last weekend at our field at the University of Hertfordshire in Hatfield for a 'Boldathon'. The next competition, the RoboCup German Open, is already coming up within a week, and of course we want to be well prepared to defend and hopefully exceed our second place of last year!