A year has gone by already since we became vice world champion in Brazil, so it's time for another RoboCup World Championship! This time in Hefei, China, and it will not be easy at all to reproduce the achievements!

After traveling for more than 24 hours from the United Kingdom to China, we had a day to recover from jet lag and the humid heat, followed by 2 days of set up and getting our team ready to play football. As mentioned in a previous post, this year much has changed in the Humanoid League: our robots have to play on artificial grass, and with a ball without colour markings that is half their size. This causes them to struggle a lot with stability, even more than already usually is the case for humanoid robots (something the BBC also experienced during their recent visit to our robot lab).

Today we played the first matches in the first round of the competition, where we again found out that this is certainly not just a challenge for our team. Never before in a major event have robots had to operate in such an environment, which forces research into a new domain, which is exactly the idea behind RoboCup. We were automatically seeded in our group as one of the top teams last year, and with drawing of lots it was determined that the Hamburg Bit Bots and the Robopatriots joined us. The fourth place was taken by an 'blank' team, due to there being 15 teams in total, split up in 4 groups of 4.

As documented on the official schedule and results page, we managed to keep both the Bit Bots and team 'blank' from scoring against us! Unfortunately the 0-0 scores were mostly due to the aforementioned stability challenges, rather than high level defensive tactics. As the results show, there were quite a few more matches following the same theme, but there have also been teams whose robots were able to deal with the harsh conditions and get the ball into the goal! This is a great achievement for the league, and our bots are training hard to try and join those teams in the next few days of competition. 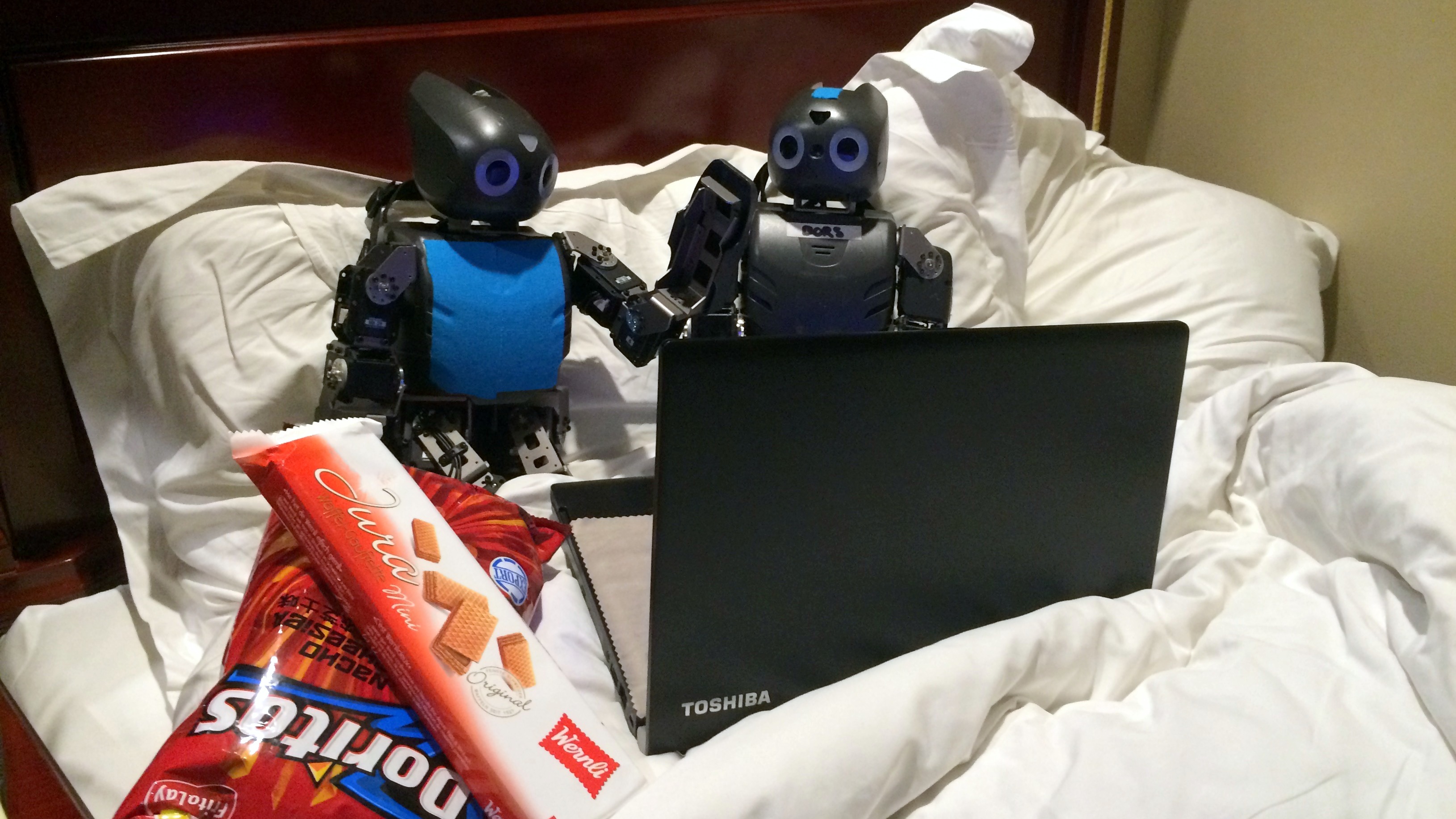