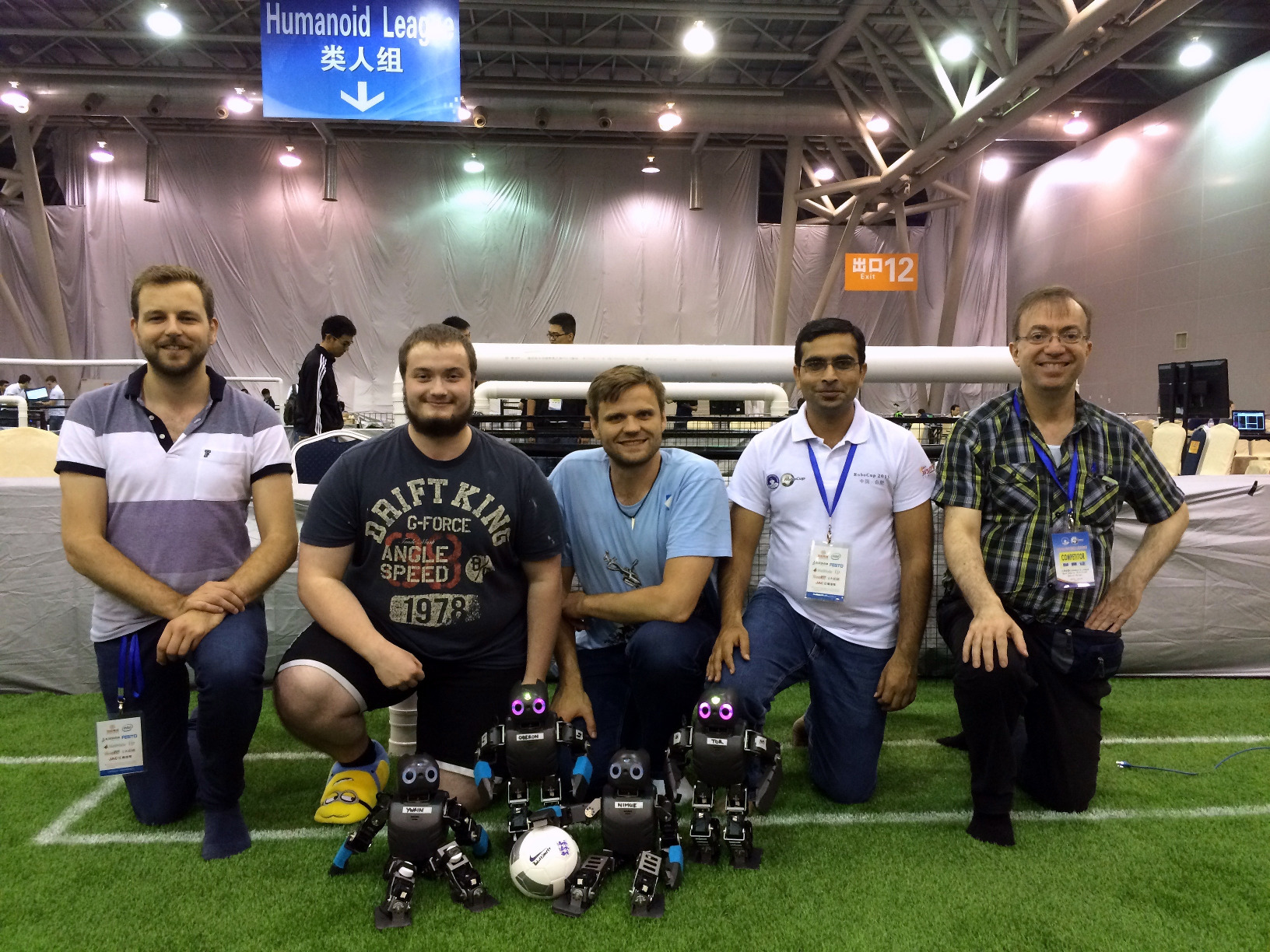 The Bold Hearts are out of the competition.. After becoming first of our group, we moved over to a different field to play the second round. The grass conditions were different again and our robots had too much trouble to adapt to it, meaning they weren't able to keep up with the two very strong teams we were facing: team Robo Erectus from Singapore, and Rhoban from France. The game against the first was kept at 0-0, but the French convincingly took the win with 2-0. They showed sturdy game play, and not surprisingly made it to the semi finals. We had small hope that Rhoban could beat Robo Erectus by more than 2-0 to get us through, but in a very watchable match with a lot of action on both sides they stopped at 1-0.

This means we now have time to watch the remaining games in more peace, see a bit more of the other leagues around us, and talk to other teams about the directions for the future, socialising, and actually seeing a bit of this interesting place. As always we have learned an awful lot during the competitions, and are making big plans for the upcoming year, which we are looking forward to to work on!